Are We Giving Our Daughters FOMO?

Welcome to Brouillette’s Blurb! In each blurb I will share with you topics relating to Cathedral and technology from the viewpoint of a teacher, a mom, and a daughter of God. This blurb is an “extended cut” of the shorter blurb you saw in last week’s News from the Nest. The focus is our daughters but I encourage parents of boys to read too.

A few weeks ago I listened to a podcast where the guest, Social Psychologist Jonathan Haidt referred to a study that was published by The JAMA Network an international peer-reviewed medical journal about a rise in suicide and self-harm from 2009-2015. The results are as follows:

These numbers astounded me, I quickly pulled up the study on my computer and sure enough, there they were in black and white. Haidt continued by exploring ideas about why this is happening. It is important to note that the numbers were collected by hospitals and medical centers, not by self-reporting increasing the validity of the numbers. We know that with advancement in brain science the stigma of mental illness is diminishing as we learn more about which makes all numbers rise, but if that is the only reason then why the discrepancies in the age groups? Haidt suggests that smart phones and social media may play a significant role. Consider that by the time smart phones were affordable enough for a majority of teens to own them (2011) Millennials were well into high school, the angst-ridden years of middle school behind them. This is not the case with Gen Z.

Now I am fully aware that is correlative data and that in this day and age it seems you can find a study to back up almost any claim that you want to make but I see it, I see the change in your daughters. I see the hyper-charged relational aggression of middle school girls reaching far beyond the playground and hallways. I see their already insecure faces comparing their “physical beauty” to a filtered standard. I see constant scrolling outside of the school doors in the morning. And I see the look on their faces when they tell me that they heard they were excluded from the latest “class snap”.

I want to be clear, I am not anti-smartphone. The accessibility that these tiny computers offer is amazing. But they are just that-tiny computers connected to the world and we as parents need to acknowledge that. I am also not anti-social media, in fact I would say I am the opposite. I believe that social media, when used correctly offers us the chance to evangelize, share our stories and to connect with friends and family all over the world. Think about “Word on Fire”, “Ascension Press” and what we do to share the CRC story. But we have to consider the science. The frontal lobe of the brain, the area of the brain that controls executive function-impulse control, planning, thinking, reasoning and personality, isn’t fully developed until after the age of 20. Based upon that science and what I witness I’m simply not convinced that the brain of an elementary school or middle school student is prepared for what smartphones and social media expose them to.

What I find interesting is that so many of you come to me and say “I didn’t want to give her a smartphone but all of her friends have one and I didn’t want her to be left out.” I completely understand that sentiment. In a recent marketplace.org survey 82% of middle school parents said they didn’t want their teens to have smartphones. In addition, the creators of said technology aren’t letting their own children have it. So I wonder, are we as parents unintentionally exacerbating the “Fear of Missing Out Culture” in our children by saying yes?

So what do we do?

I have some ideas that I would like you to prayerfully consider:

Finally, please don’t misconstrue this as me telling you how to parent your child. My purpose here is twofold; First, I am your daughter’s technology teacher and my job is to help lead her to heaven while using technology in a productive and thoughtful way. What form that takes outside of school is up to you as a parent but please don’t take that responsibility lightly. Second, I am a mother of a daughter and I (like you) want the best for her. I used to think that this was a topic I wouldn’t have to consider for years in my own home but it has become evident in the past couple of years that is not the case. When I look at the faces of my daughter and her playmates I am worried; it will be worse for them if we don’t address this now. I think about the friendships I have made over the years built on shared experiences and common purpose, not “likes” and “snaps” and want that for these beautiful little girls, made in His image. I know you want that too. 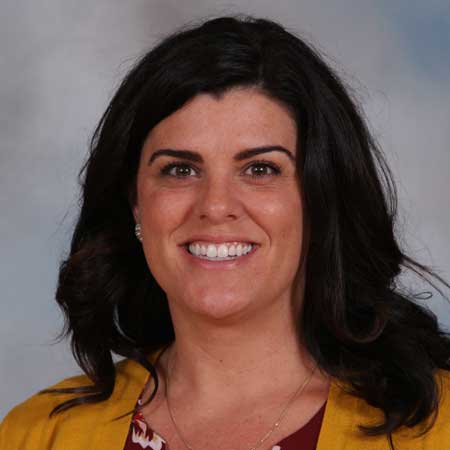