Since taking the job at Cathedral in 2014 I have had concerns about the safety of our students (and others) using the intersection of 37th Street and Sheridan Boulevard before and after school. Thanks to Elizabeth Shea-McCoy, Rick Haden, Southeast High School Administration, Officer Jake Dilsaver and others, I am happy to announce that we have made real progress. We have created a plan to help keeps kids and parents safer at drop off and pick up.

A couple years ago Southeast High School moved their starting and dismissal times five minutes to reduce conflicts between their school traffic and ours. Next, the Lincoln Police Department began monitoring driver behavior at the intersection. These things helped, but it became clear last October that more was necessary. And so, a group of parents, grandparents, a Lincoln Police Officer, two representatives of the Lincoln Transportation and Utilities Department, the Southeast High School Principal, and I met on November 9 for a fruitful conversation.

We discussed the following safety issues concerning the intersection of 37th and Sheridan:

Multiple solutions were discussed, and we reached a consensus to pursue several measures to improve the safety of CRC students and other pedestrians:

We appreciate the cooperation of Southeast High School, the Lincoln Police Department and the City of Lincoln Transportation and Utilities as well as all the others who took time to provide input.

This plan is a huge improvement. When the Alumni Way gets built (still fundraising), this plan only improves. Yet, it does mean change and new habits. We will walk through this change, teach the students, communicate with you, be patient with each other, and ultimately take care of our community.

The big news is the RRFB – a new device used for street crossings that has met with great success. This will be placed near the west entry/exit of the school; all pedestrians or students heading south will be directed that way once installed. We will do trainings with the kids, and also ask parents to consider how this may impact and ease your pick-up and drop-off procedures.

TO BE CLEAR: We are at the mercy of the city’s schedule on the RRFB, but do have a promise that we will be able to train the kids yet this year.

Below is a map showing the new crossing location. Unfortunately, it will require the removal of several trees in the median in order to provide drivers adequate visibility of children using the crosswalks. 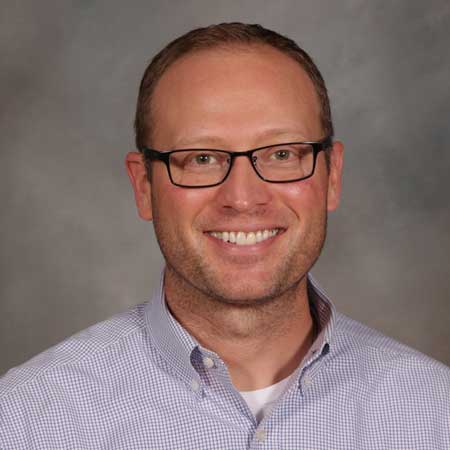